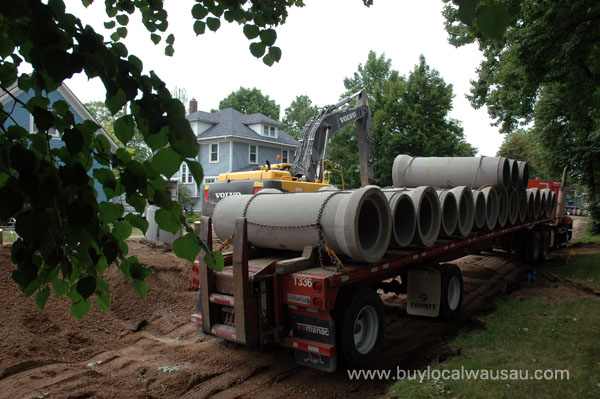 The infrastructure of the street is like a seven layer salad. You don’t realize what’s buried underneath the roadway until you see the construction crews tear it all out. This past week of the Prospect Street reconstruction featured the installation of new storm sewers. Where the old storm sewers broken? Who knows, it’s all coming out. 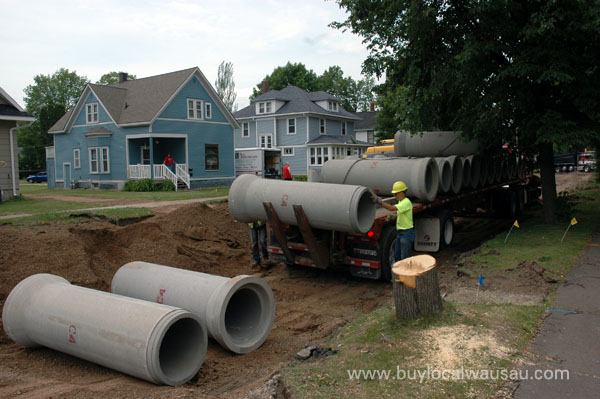 Storm sewer pipe was actually delivered last week. A line of trucks carrying the large culverts made their way down the construction site as the individual segments where unloaded by two guys using an ingenious hydraulic gate on the rear of the truck.

Read more after the break: 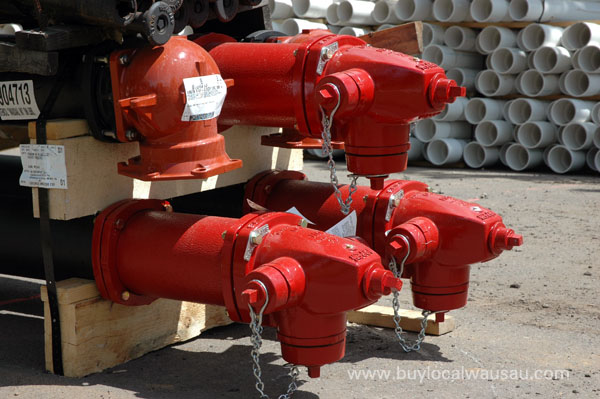 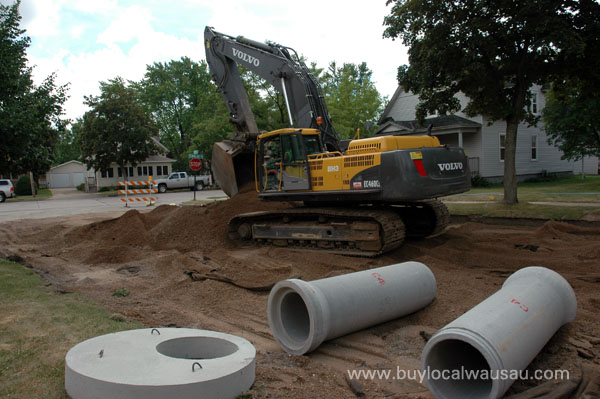 All week construction was focused on laying the new storm sewer pipes. First a hole about 15 feet deep needs to be dug and the old sewer removed. As the crews dig, they also start removing other pieces of infrastructure above the storm sewer, like sanitary sewer and water. Watch out for the gas lines, though. Buried at the shallowest depth in the street, these bright yellow lines need to be avoided at all costs, and are left in place while crews work around them. 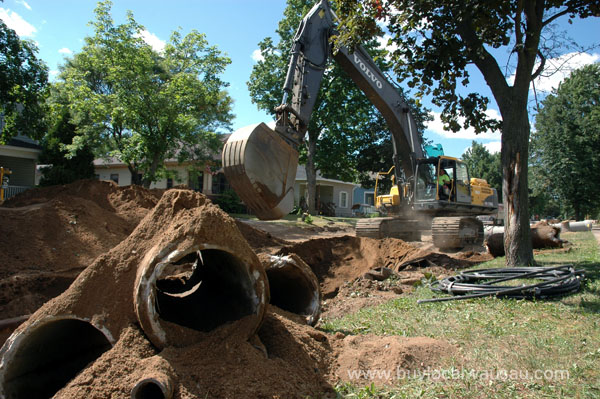 Lots of dirt gets moved around in early phases of the construction process. Big mounds of dirt appear in the roadway during the day and then are all redistributed by evening. Trucks keep hauling out fill out of the area. Every big hole that the crews dig out during the day is filled in again by nightfall. I guess that’s why they can only do about a day to lay about a 1/3 block of sewer line. With the piles of dirt and old pipes, the street is starting to look like a war zone. 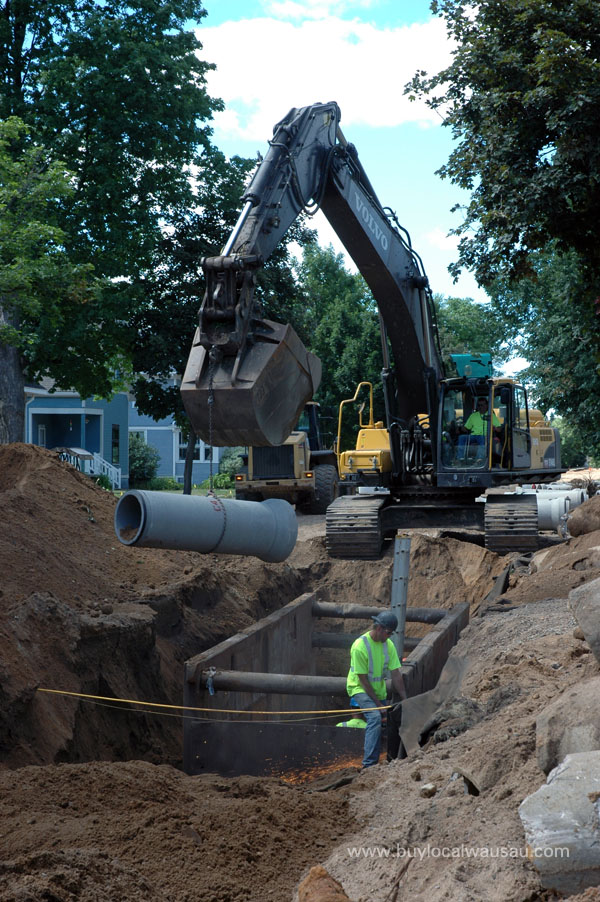 All the action is happening in the trench. Once the old sewer line is excavated, a new segment is lowered down in its place. Other workers are busy with the chop saw removing sewer and water lines. Note the yellow gas line strung atop everything.  The new line is set and the dirt is replaced and tamped down with a machine. Then the steel box that keeps the dirt from caving in is carefully moved underneath the gas lines for the next segment of sewer. Another loader then continues to fill in the dirt. 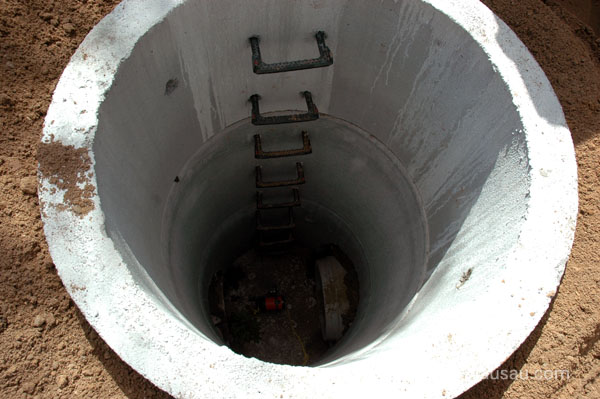 Access ports are put in every few hundred feet. I always thought that the manhole covers in the street open up to some vast underground world of alligators and teenage mutant ninja turtles. But in actuality, it’s a pit with barely any room to crawl around in. I guess a person can dream.

Crews seem to be making pretty good time on the project. Thursday’s rain closed things down in the afternoon. It will probably take another week to finish the storm sewers, and they’ve got a couple more layers of pipe to put in before the actual roadbed work starts. Join us next week for another exciting construction  update. 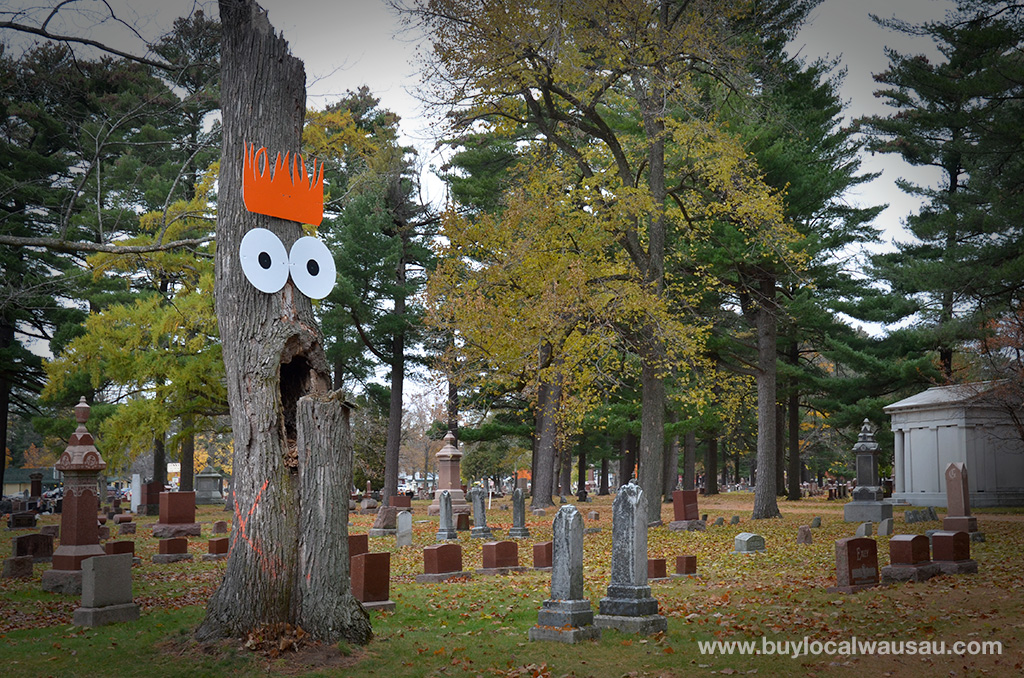 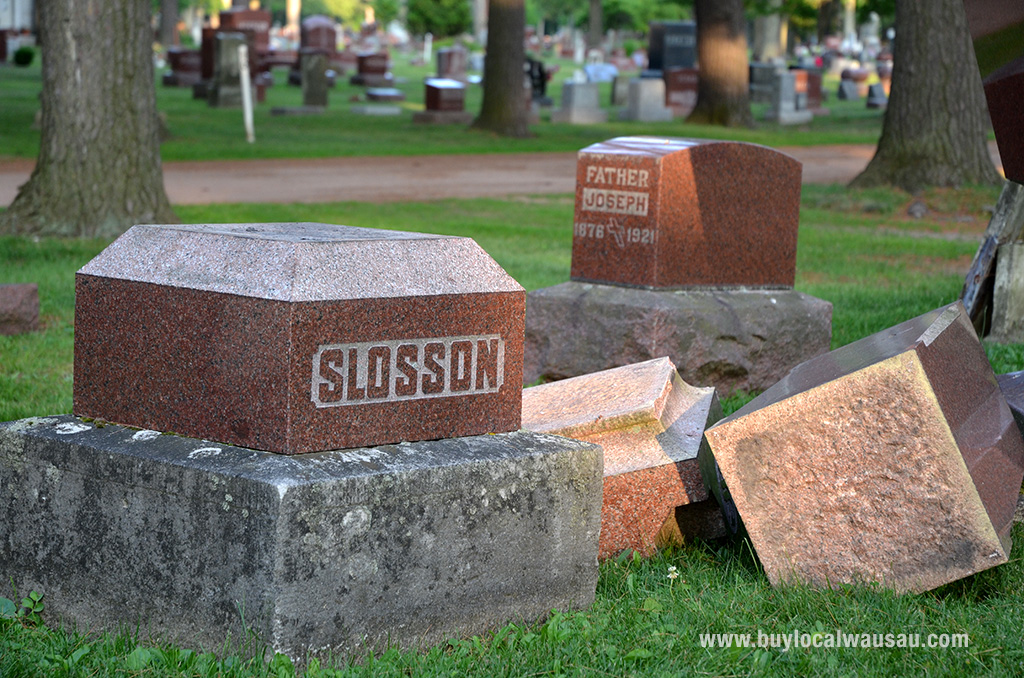