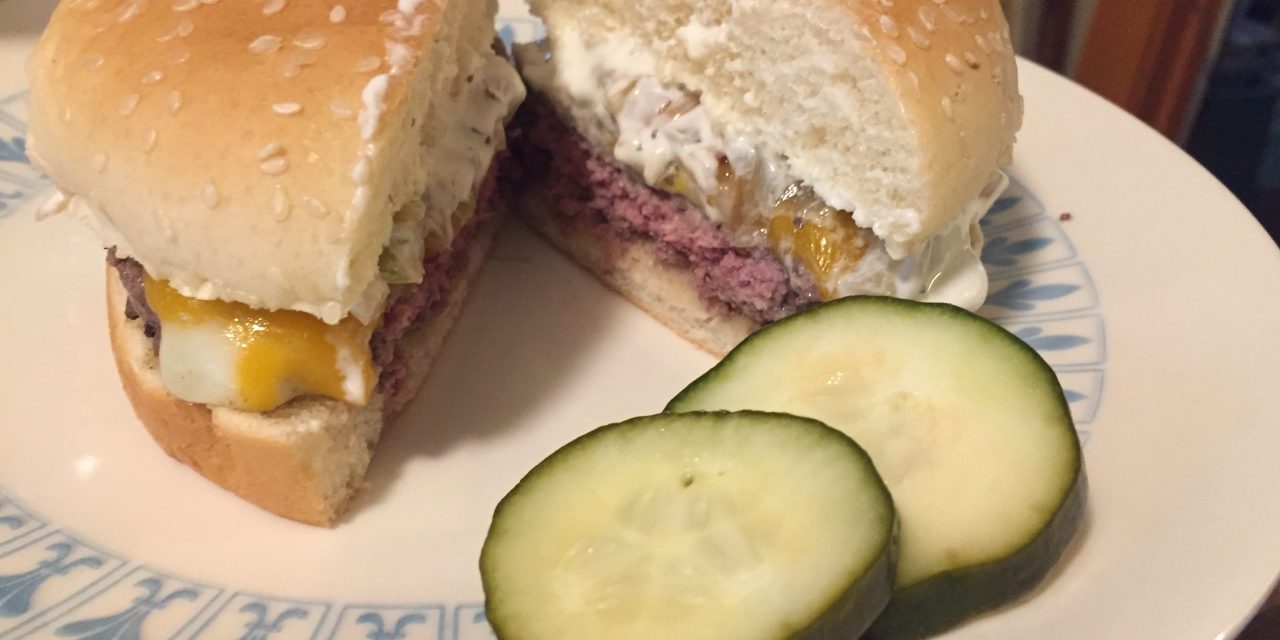 Madison, WI is home to one of the most unique burgers you’ll ever taste. The Plaza Tavern at 319 N Henry St, (Just off State St at Johnson) in Downtown Madison, Wisconsin has been a local institution for decades. The story has it that the bar itself started in the 1930’s as a speakeasy, but its namesake burger didn’t get its start until 1964. From that point on, over 2 million Plaza burgers have been consumed over the years as the place attracts college students, UW alumni, government employees, and local business people and workers. This eclectic mix of patrons is what gives the bar its charm: blue collar, slightly divey, and completely retro. 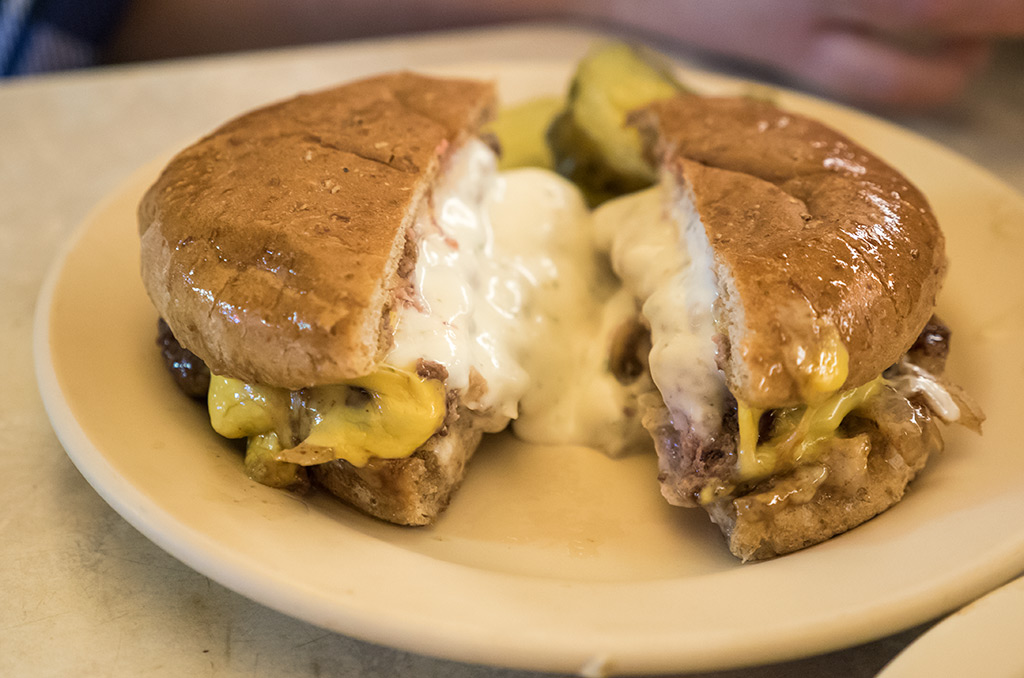 The claim to fame at the Plaza is its ‘World Famous’ Plaza Burger. The burger is nothing too special: a 1/4 pound patty with cheese and fried onion laid on a soft wheat bun. What makes it special is the inclusion of the secret ‘Plaza Sauce’. Plaza sauce is a white, tangy special sauce that brings the burger to life. In fact, the sauce is so special, the Plaza Burger is listed at one of the top 18 burgers you should try and the only one that deserves the special sauce.

Unfortunately Plaza Sauce is a closely guarded secret, only the current owner of the Plaza really knows what is in the sauce, and he’s not talking. So I did a little divining, and with my experience of downing countless Plaza Burgers over my college career, I’ve come up with a not bad copycat of their signature sauce.

First a bit of background. The sauce itself has a base of sour cream and mayonnaise.  That much we know. It’s the proportion of spices and seasonings that are the bigger question. So I thought to myself, since the sauce was created in 1964, maybe its similar to a traditional ranch style or garlic steakhouse dressing that was popular at the time. With that theory in mind, I proceeded to mix a sauce that was heavy on salt and other spices like celery seed, garlic powder, chives, and parsley.  What I came up with is a sauce that is a close approximation and something that will cure my ‘Plaza cravings’ until I have a chance to head back down to the ‘Mad City.’ 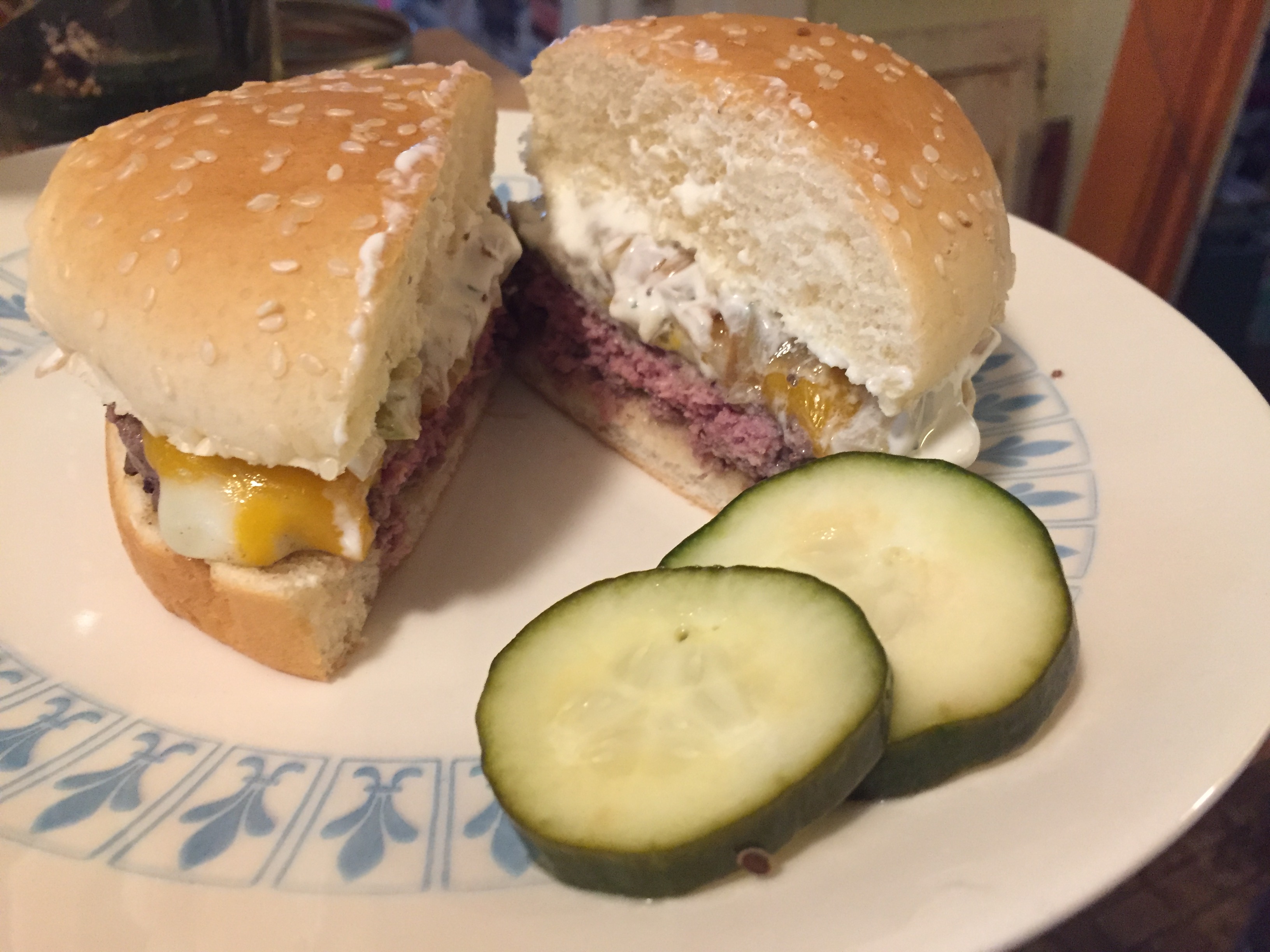 So give the sauce a try and let me know if I’ve hit the mark or am totally off base.

Mix all ingredients in a bowl with a wire whisk. Use the pickle juice to thin it down to the desired consistency (about 1-2 tblsp). Chill and serve. 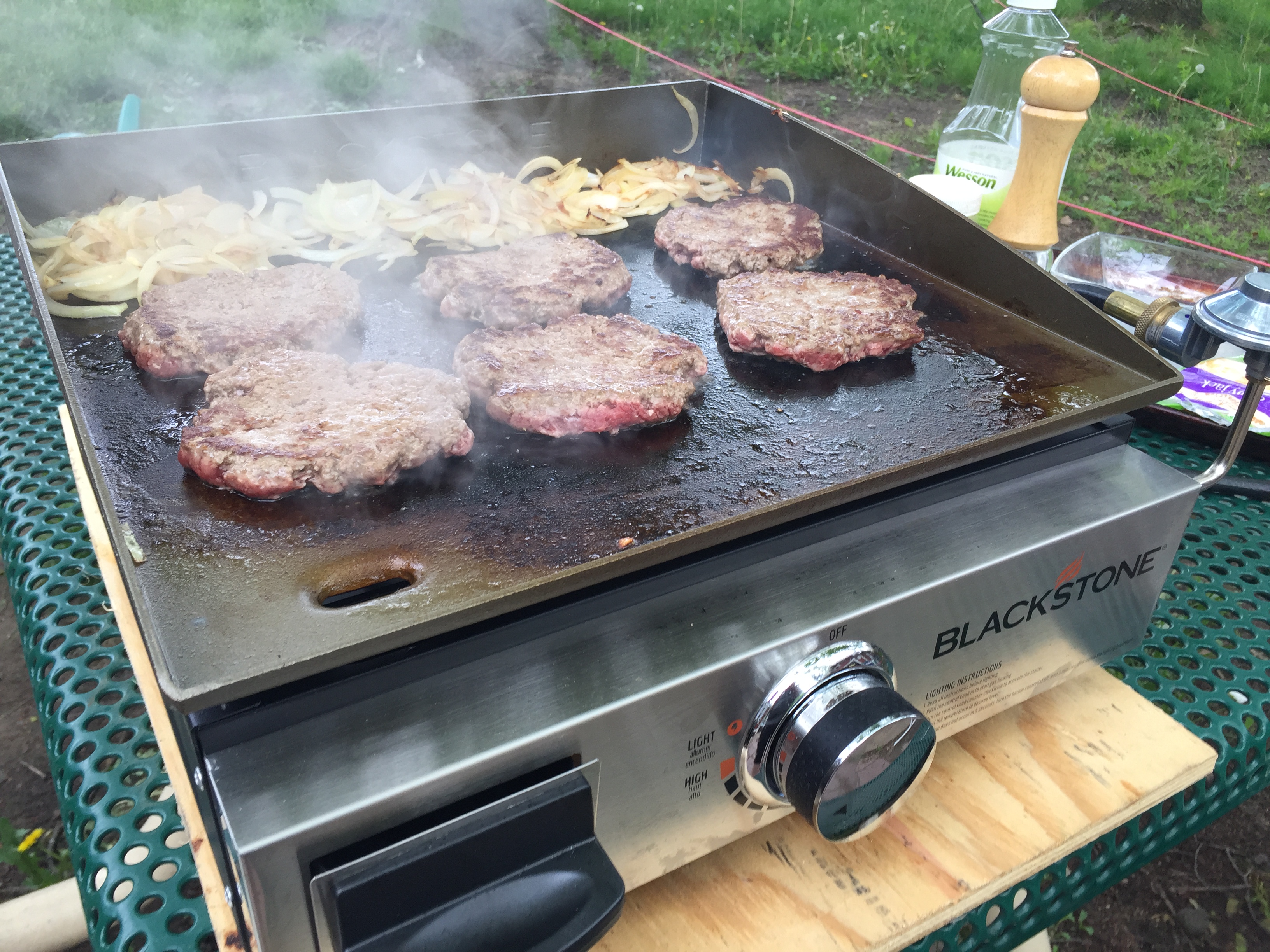 Using the 17 Inch Blackstone Griddle to cook the burgers and onions.

The only way to order a Plaza Burger is with fried onions, cheese and extra sauce. The Plaza cooks their burgers on a flat top griddle, so I pulled out my Blackstone Griddle to fry up a batch of onions and patties. The burgers were a fresh 80-20 ground chuck formed into 1/4 patties. Melt the cheese on the burger and place on a soft bun. (Traditionally a soft wheat bun, but I used sesame seed). Don’t forget the onion and extra sauce. 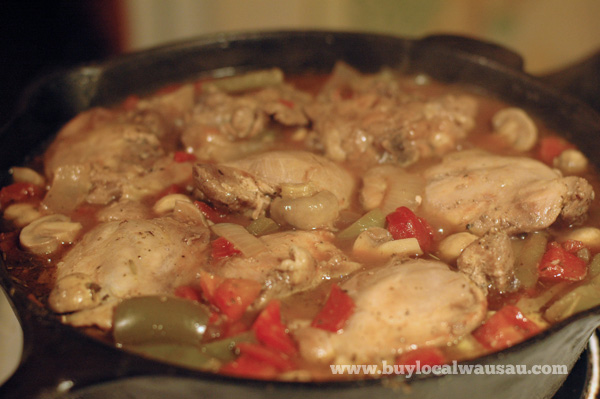 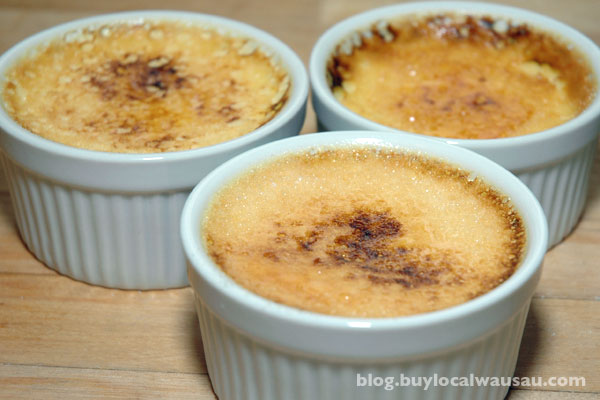 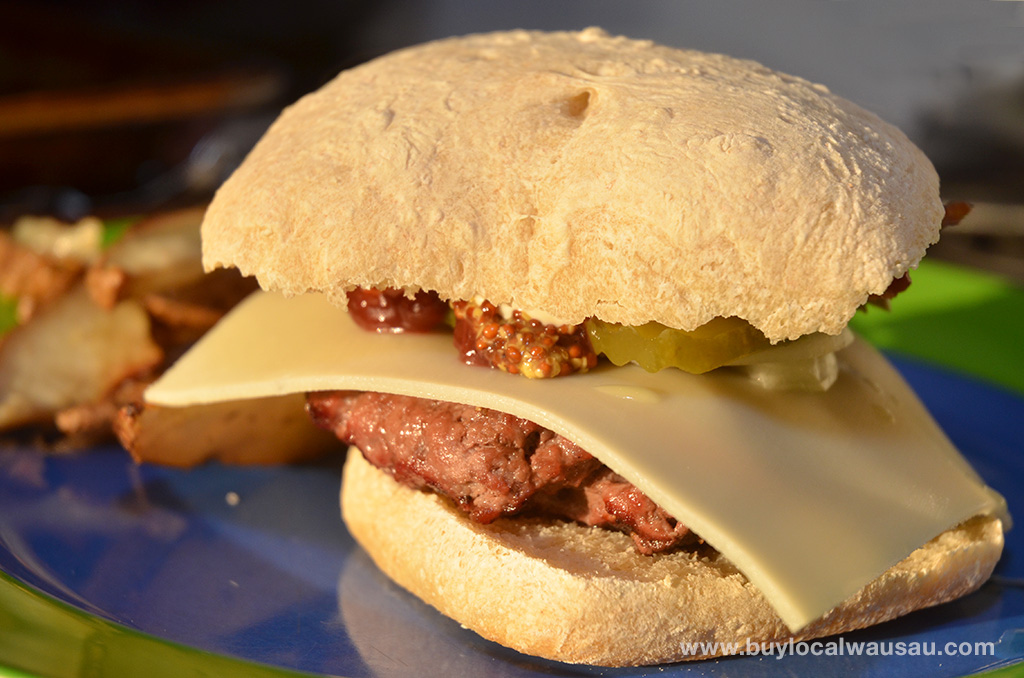